Flavel fires are a reputed and popular name in the manufacturing of fires and fireplaces. A company with a rich history that goes back centuries, their roots can be traced back to the production of gunpowder and munitions, before the skilled workforce moved on to producing high-quality cast-iron fireplaces, firebacks and grates. From its inception, Flavel has been popular for introducing innovations, and in 1965 introduced the first furniture fire with a wood surround named Debonair. In the following six years, this

brought a new revolution into the British marketplace, selling one and half million models, rendering it a huge success. In 1998 the Flavel brand was taken over by the Aga foodservice Group. Being a food corporation the Aga food services Group shared very little interest in the heating products, so, subsequently, the Flavel brand and its property rights for manufacturing gas fires were sold to BFM Europe in 2002.

Since then the original name of Flavel had been restored

and has been acknowledged worldwide as one of the best brands for manufacturing high-quality gas fires in the heating industry.

Flavel fires have been very popular in manufacturing the best Flavel gas fires in the heating industry. The Flavel gas fires include different ranges and models of fires, available in such designs as open front gas fires, glass-fronted gas fires and balanced flue gas fires. The open front Flavel gas fires will give your fireplace the appearance of an open fire with the heat efficiency of up to 74% and will be beneficial for providing more economical costs as compared to the gas fires of other brands.

The glass-fronted Flavel gas fires are popular due to their two types of fires i.e. radiant heat and convected heat.

The radiant heat is provided through the coal effect fuel bed while the convected heat is the result of the process in which the cool air is fetched into the base area of the fire, passing via a heat exchanger and lastly released as warm air through the opening over the fire canopy.

Flavel gas fires have been well-reputed and admired for their high-efficiency heat output in the heating industry. Most of the Flavel gas fires are up to 94% heat efficient. 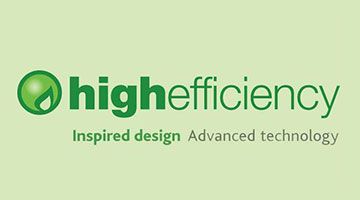 Flavel gas fires have been well-reputed and admired for their high-efficiency heat output in the heating industry. Most of the Flavel gas fires are up to 94% heat efficient.