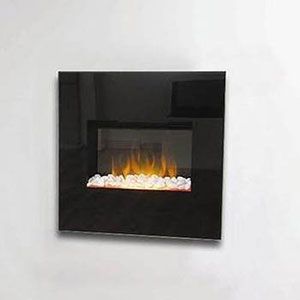 The Evonic Londa fires feature LED and evoflame® flame effect with the choice of white glass, stone mirror, and gloss black fascia. Its powerful 2000W fan heater will make your room warm quickly with a soothing glow to create an alluring ambience. It can be installed into 16 × 22 recess or alternatively support wall-mounted installation. The realistic flame effect is created using LED’s which are powerful enough with the running time of 50,000 hours. The flame effect and speed can be easily adjusted to your comfort with easy remote-control options. The flame effect with a choice of fuel beds can be used without a heater. 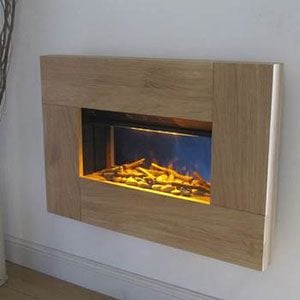 Evonic Scala is an affordable electric fire range featuring overbed illumination system and hot ash fuel bed effect to create a realistic virtual atmosphere of burning wood logs. You can select from a variety of fuel bed options such as logs, pebbles, and logs with a range of frame styles, solid oak, gloss black and stone effect. Its powerful fan heater can dissipate heat output from 1 to 2k watts to make your room warm quickly. The flame speed, effect and heater power can be adjusted with greater ease via optional remote-control handset. 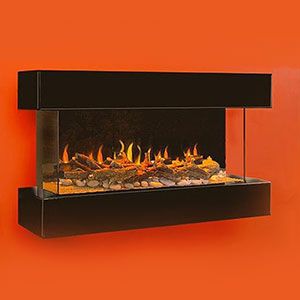 Evonic Tesla is a wall-hung steel construction electric heater. Its minimalist compact design with glass side panels becomes a seamless part of the contemporary interior. The powerful integrated heater can emit 1- & 2-kW heat output to quickly give you warmth in a frosty winter's evening. The realistic flame effects are created with the latest LED, evoflame and ribbon effects. The ribbon effect uses a 20W light bulb offering a smaller amount of energy used. You can also use the flame effects without using the heater. With Tesla electric fires range, you have can choose from gloss black or stone effect frames with an optional log fuel bed. Adding an optional remote control will let you control the fireplace with greater ease.